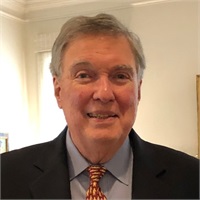 Grafton Dulany Howland, President, brings over 35 years of business and investment experience to Howland Advisory Corporation. Dulany established the firm in 1991 to serve clients in Dallas and throughout the United States. Previously, he had served as Chairman of Howland & Morris, a Dallas based investment advisory firm from July 1986 until December 1991. Prior to 1986, Dulany was Vice President of the largest independent local financial services company where he was involved in client development and wealth managment to include the creation of complex personal strategic financial plans.

A graduate of the Buckley School in New York City, St. Paul’s School in Concord, New Hampshire, and Harvard University, Dulany earned a Master of Business Administration (MBA) degree from the University of Dallas Graduate School of Management. While there, he was named Outstanding Marketing Student and was so honored by The Dallas Chapter of Sales and Marketing Executives.

Dulany is a past President and past Chairman of the Dallas-Fort Worth Society of the Institute of Certified Financial Planners (ICFP) which is now called the Financial Planning Association (FPA) and served two terms as a Director on the National Board of the ICFP. He also served two terms on the ICFP Board’s Nominating Committee and chaired the ICFP Society Blueprint Task Force.

Dulany serves on the Board of Governors of the Dallas Estate Planning Council. He also serves on the Advisory Council of Communities Foundation of Texas and is a member of its Legal and Financial Affairs Committee.

Dulany is currently involved in numerous civic and community activities. He has served as a Director of the Harvard Alumni Association, and President, Chairman and now Director Emeritus of the Harvard Club of Dallas. He is a graduate of Leadership Dallas, sponsored by the Greater Dallas Chamber, and was awarded a Life Membership in the Chamber as a result of his production while serving on its membership committee. In addition, he is a past Chairman of the Chamber’s Small Business Resource Council, which represented 6,500 member businesses.

Dulany is listed in Who’s Who in Finance and Industry. He co-authored a paper titled, “How to Select A Financial Planner: An Alternative for Lawyers Who Choose Not to Engage in Financial Planning” which was presented at an American Bar Association meeting.

Dulany and his wife, Vicki, live in the Park Cities. Dulany is a member of The Idlewild and Terpsichorean Clubs, The Park City Club, The Park House Club, the Newport (RI) Reading Room, the Stewards Enclosure at the Henley Royal Regatta in England.